As I was shopping for a red velvet cupcakes recipe, I was torn between Pillsbury and Duncan Hines. Both had cream cheese frosting filling, but I could still not make up my mind. It was then that I decided to buy both boxes and have a taste test! 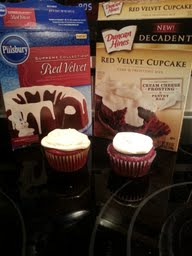 Here are the details of what I found from baking both Pillsbury and Duncan Hines red velvet cupcakes - from preparation to procedure to taste and clean-up, I can definitively say that there was indeed a clear winner.
(Make sure you read to the bottom to find out who the winner is!!!!)

Take away: **Bonus Video at the end!

Major Differences =
1. Ingredients = Duncan Hines recipe used less ingredients all together making it the more efficient option. I must admit, the infuser bag scared be a little at first, but that ended up being my favorite part! 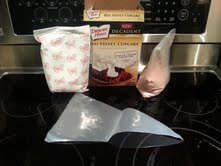 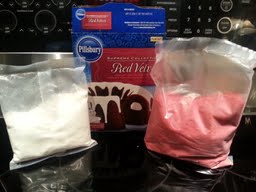 WINNER = Duncan Hines. It was so convenient to simply get the cupcakes into the oven and then focus on the frosting filling. As soon as the cupcakes cooled I could insert filling and icing topping all at the same time. PLUS, Duncan Hines filler frosting was much sweeter and better to taste in my opinion.

3. Process and Clean-up. It seemed like a far smoother process when doing the Duncan Hines cupcakes. Also less of a clean-up since I had time to wash and re-use the cupcake mix bowl while the cupcakes baked in the oven. The Pillsbury recipe was everything all at once. 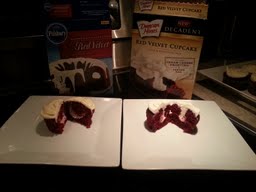 As the baker this was an overall easier process and clean-up. Also taste-wise, my husband and I both chose the Duncan Hines Red Velvet Cupcake. 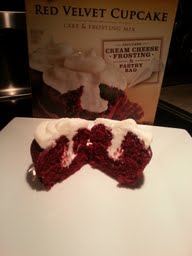 The History of Red Velvet

Traced all the way back to an original recipe from New York City's Waldorf-Astoria Hotel, the red velvet cake became widely popular during World War II. As food was rationed during the war, bakers turned to beets to retain moisture and enhance the colors of their cakes. I was surprised to find that the traditional icing for red velvet cakes and cupcakes is a french style butter roux icing. However, Cream cheese frosting has become the topping of choice as it much more easier to prepare. 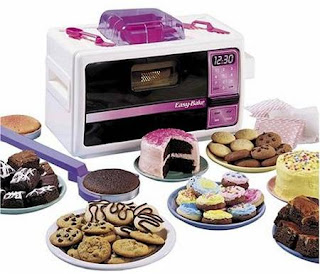 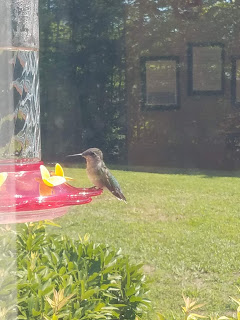